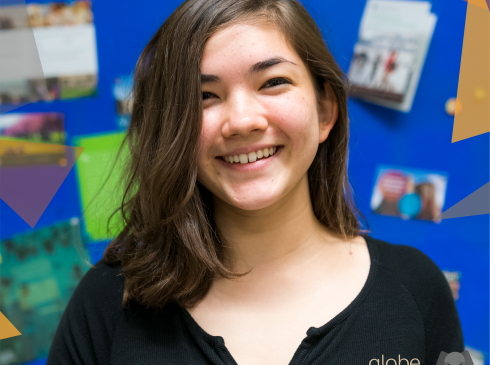 Sila Puhl grew up with one foot in Thailand and the other in America. Having spent her younger years in Maryland, she later moved to Bangkok and finished the IB Diploma at NIST International School. College took her to New York City, where she is currently studying English with a concentration in Statistics at Columbia University. In this episode of globeChang(e), Sila and Michael discuss the effects of her background and her love for the performing arts and how that translates into major choice.

At Columbia, Sila found that her perspective and knowledge contrasted with that of her American peers. “It’s not even a difference in perspective so much as one in factual knowledge,” They viewed various historical figures differently due to contextual subtleties and personal upbringing. These clashing perspectives, which were only made possible by the class’s seminar style, were of great interest to her.

During her time at NIST, Sila took up acting as an extracurricular. After moving to Columbia however, she discovered that production suited her a little better. She now produces for The Varsity Show, Columbia’s oldest performing arts tradition, where she has met many amazingly creative people. Of course, being in New York has also helped her access some of the best cultural and creative performances in the world.

As for her unconventional major choice of English with a minor in Statistics, Sila admits several reasons. English has many parallels to production, and she enjoys the level of oversight and control in both disciplines. But to be fully equipped for the modern world, one also needs a grounding in STEM. Nowadays, performances have even started to rely on data to measure metrics such as audience engagement in an effort to improve. In the short future, Sila hopes to start off working in late-night TV, where she might also be able to apply her data-related skills alongside her love for production.

Produced by UniGlo in collaboration with Next Step Connections