Alex Dye does not generally take the path of least resistance.  Alex started traveling alone when she was an 8th grader…you read that correctly…12 years old.  Inspired by her family’s experience of hosting an exchange student from Holland, she decided she wanted to study abroad as well.

Encouraged by her parents to go, she was given one stipulation.  If you can pay for the airfare, you can go…Undaunted, she got a job scooping ice cream and paid for her flight.  Never complacent, Alex spent the following year studying in France.

By the time she joined the Next Step Connections program in Shanghai, during a gap year between high school and college, she was already an experienced traveler.

Alex was easily the youngest person on the program, but she thrived as always…she actually did two internships while she was in Shanghai.  The impact on her life continues to this day…as she has traveled back to Shanghai seven times since she left.  She is also strongly considering working in Asia after she graduates.  Somebody should hire her… 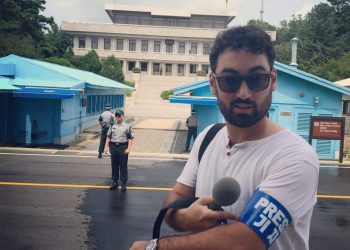